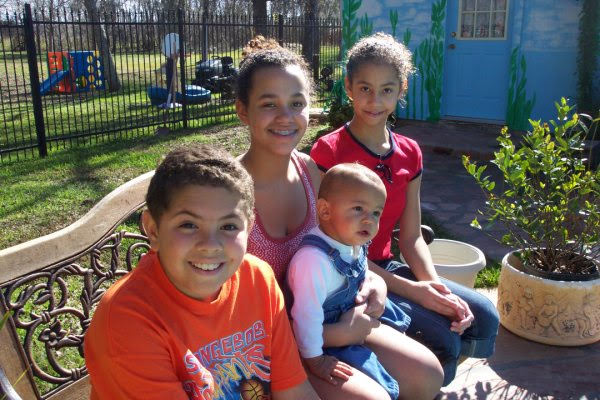 It’s been thrilling and humbling to watch All Hands come to life in six short months. Today is our Grand Opening and my wish for the occasion is that it simply be an opportunity to spread joy and uplift one another. It takes a village to build a business, and I want to honor and appreciate the family, friends and colleagues who have contributed their time, talent and energy to turn a vision into reality. And so when the city officials ask for some remarks, I will have those thank yous prepared and they will be heartfelt.

But what I won’t have time to share with the gathered crowd, and something I thought I’d confide in you in the intimate form of a letter, is the role that loss has played in my mission to build creative capacity through handcraft.

My younger brother Evan was two months shy of his second birthday when he died as the result of a backover accident. It was fall 2003 and I was 16 years old and a junior in high school. One evening I was reversing out of our long Texas driveway in the family SUV, headed to a Girl Scout meeting, when I felt the two left tires go over something. Then in the beam of the headlights I saw Evan laying on his back, motionless on the pavement. I stopped the car, got out and bent down over him, trembling. He was still breathing. I was in shock. My father came running out of the house. My 10 year old brother Adam, who Evan was playing with in the yard in the last moments of daylight, and who must not have seen him run toward the car until it was too late, was wailing. My 13 year old sister Alex had rushed out just after my dad and the two of them got in the car and rushed Evan to the hospital. My dad gave Evan to Alex to hold on her lap and to try to contain the bleeding from the back of his head. My mother, completely distraught, got into a second car and joined my dad and Alex at the hospital, leaving Adam and me at home on the phone with 911 until our neighbors came over to wait with us.

It was the worst wait of my life. We watched the movie Finding Nemo to try and distract ourselves. It was Evan’s favorite. After about three hours that felt like three hundred, my dad, mom and Alex came home. Without Evan.

“He’s gone.” were my father’s words to Adam and me as we sat on the sofa. And we all began wailing. It was the deepest ache, the most unbearable pain and most profound grief I have ever experienced. My brother died in a backover accident, and I was the driver.

A variety of creative projects were introduced in our counseling sessions as exercises in constructive resilience. We drew. We journaled. We collaged. We decorated keepsake boxes. In mine was Evan’s rattle that sounded more like an ethereal chime, the different colored magnetic letters that spelled his name that he was learning to arrange on the fridge, the birthday check from my aunt that he scribbled on, and one of his little plastic cars. Making became a habit, a go-to for taking care of myself, from that point on.

I think I’ll be healing from the loss of Evan for the rest of my life. But the form healing takes evolves over time. For me healing now looks like striving to be a resource for others. Striving to create an inspiring and empowering environment that can either be a playful refuge from daily stresses or a much needed sanctuary to ease long-standing battles with grief, illness, depression or addiction. Because when there is so much in life outside of our control, it is reassuring just to feel the simple but real power in the mindful movement of our hands.

If you have read this far, thank you. And I’d love to know, if you’re willing to share, how making by hand has ever helped you heal.